Sealed at an official signing on Thursday 6 June, Beca is excited to announce that we are an Official Supplier to Emirates Team New Zealand’s 36th America’s Cup defence.

The regatta will bring the America’s Cup to New Zealand shores for the third time and will leave a lasting legacy for Auckland’s waterfront. Beca will be providing engineering design and consulting services to the team as they prepare for the 2021 defence.

“We are really excited to be part of this iconic event, especially on home shores,” said Rupert Hodson, Northern Regional Manager. “We were involved in the last America’s Cups, held in New Zealand in 2000 and 2003, and we can still see the impact of that work around the Viaduct Harbour area today – it’s fantastic to be working on this event once again.”

Neil Horsfield, General Manager Building Structures added, “The America’s Cup puts New Zealand on the world stage and is a wonderful opportunity to showcase the best of New Zealand, and the best of Beca. Emirates Team New Zealand has a great crew, and we’re really looking forward to working with them to create something special.”

Kishan Seger, Project Job Manager agreed, “It’s been awesome working with Emirates Team New Zealand so far and we’re excited about collaborating with them to make their vision come to life.” 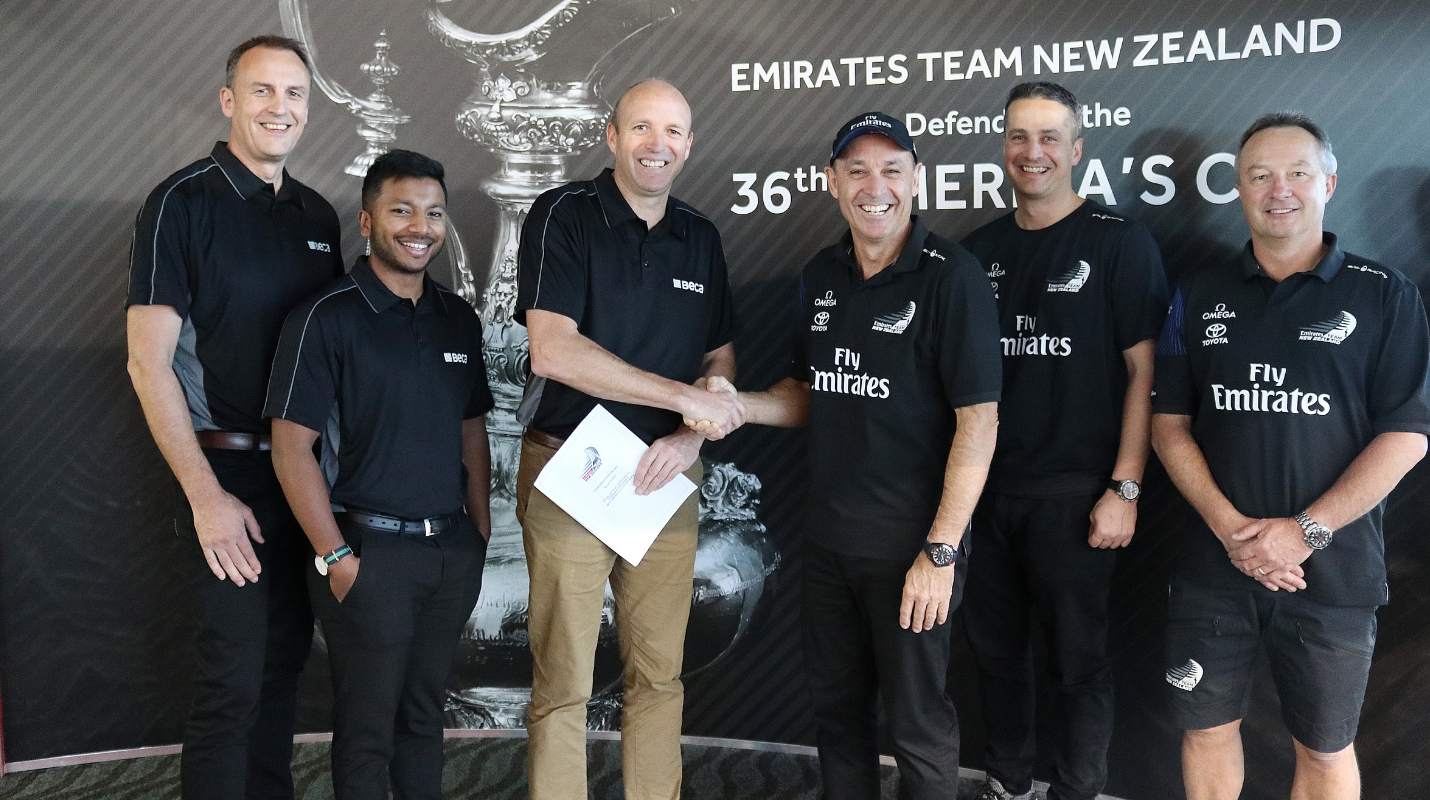