This accolade recognises professionals who have made a significant contribution to the Built Environment sector through the course of their careers.

It's also the highest level of recognition under the BCA iBuildSG LEAD Framework, which was launched in 2019 to nurture a core group of committed and forward-thinking industry leaders, to drive the built environment sectors transformation efforts across all leadership levels. Chuan Seng is joined by five other outstanding captains of the industry.

As part of his new title as an iBuild SG Distinguished Fellow, Chuan Seng will play an important role in nurturing an even brighter future for the built environment sector in Singapore. He’ll also mentor younger industry professionals to help them achieve their full potential and peer review future materials submitted as part of the iBuildSG LEAD programme.

On accepting his accolade, Chuan Seng said, “I’m humbled and honoured to receive this accolade from the Building Construction Authority. I strongly believe in paying forward and in building up the next generation of leaders, and I look forward to continuing my service to the industry.”

This is a fantastic recognition of Chuan Seng’s dedication over his 40+ year career, and we wish him all the best in nurturing the next generation of leaders, whilst making a continued contribution in the years ahead. 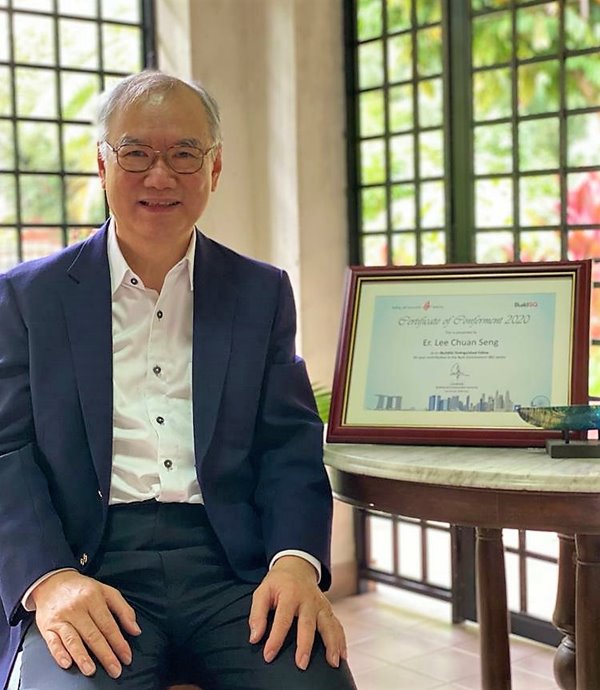