The Port of Melbourne has selected Beca to deliver the Detailed Design of the refurbishment and upgrade of the Swanson Dock West container terminal wharf structures, following a competitive procurement process and Beca’s successful concept design for the works.

Swanson Dock West (SDW), operated by DP World, is a key international container terminal at the Port of Melbourne, the major gateway for trade in and out of Victoria and the busiest container and general cargo port in Australia. In 2019, the SDW terminal handled around 45 percent of the total container trade through the port and serviced approximately 460 vessel calls throughout the year.

The existing wharves at SDW are of varying ages and forms of construction, with the original wharf sections constructed in the late 1960s. Some elements of the wharves are at the end of their original design life.

Working in partnership with the construction contractor, McConnell Dowell, and specialist cathodic protection sub-consultant Infracorr, the SDW Remediation Project will extend the life of the existing wharf structures by over 50 years. Further planned upgrades will improve the flexibility for berthing larger vessels, helping support the port’s future growth requirements.

Commenting on the appointment, Beca’s Technical Director for Ports and Marine, Gareth Robertshaw said, “We appreciate the trust that the Port of Melbourne have placed in our team to deliver this complex project that forms a cornerstone for the long-term success of the port. We are looking forward to working with all of our project partners, to extend the life of Swanson Dock West for future decades and make every day better for Melbourne and the state of Victoria.”

Find out more about the history of Swanson Dock here, and visit our Coastal and Marine page for more on our expertise and capability. 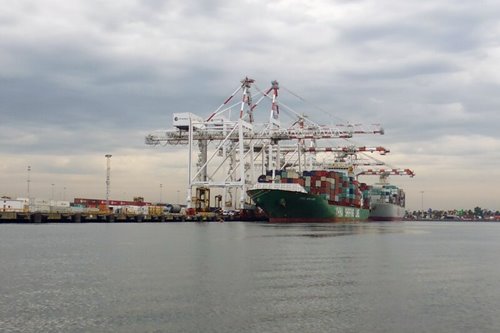