Neil Horsfield, General Manager – Structures, described these award wins as “testament to the great skyline shaping work we’ve done in these two cities. Congratulations to all our team members and partners involved”.

DUO, a landmark building for Beca and the Singapore skyline itself, was recognised in the ‘Urban Habitat – Single Site Scale’ category, adding to its already considerable haul of accolades; including an 2019 Award of Excellence from CTBUH in the ‘Tall Building 100-199 meters’ category and two earlier BCA Green Mark awards. Designed by renowned German architect Ole Scheeren, DUO features two striking 39 floor towers that combine office and retail space with lush, tropical greenery.

The Exchange 106 tower, rising 106 floors above central Kuala Lumpur as the name suggests, was recognised in the ‘Best Tall Building 400 meters and above’ category for its imposing yet graceful form. Not only is it the world’s 20th tallest building at the time of writing, but it also anchors the new Tun Razak Exchange (TRX) financial district being developed in the heart of Malaysia’s booming capital.

Both buildings are now set to compete with the likes of Citic Tower Beijing, Lakhta Centre St Petersburg and Pudong Financial Plaza Shanghai to be crowned overall winner in their respective categories at the 2020 Tall+Urban Innovation Conference in Chicago. 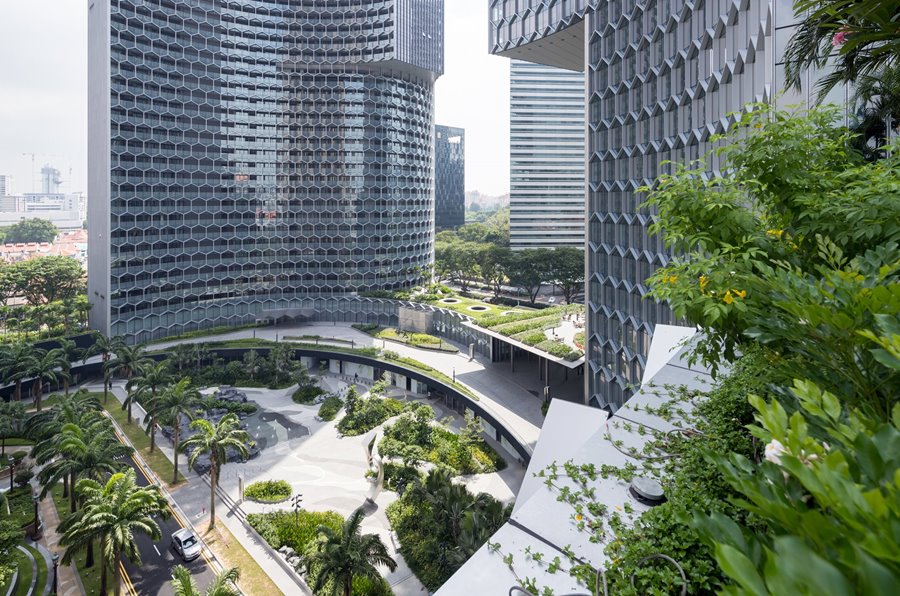