Congratulations to Ann Williams, Beca Technical Fellow, and Dr David Whittaker, Beca Senior Technical Director and structural engineer, who received Engineering New Zealand Fellowship status on Friday 29 March. The fellowships recognise people who are at the top of their engineering professions and have achieved outstanding results.

The new Fellowships were announced at an Engineering New Zealand event in Wellington, New Zealand, where Craig Price, Beca Chief Technical Officer said, “It was exciting to see Ann and David acknowledged by their peers for their achievements and contributions. They are both highly valued for their technical excellence and for their leadership. Congratulations on this fantastic recognition.”

Ann Williams has 30 years’ experience in engineering geology, hydrogeology and managing geotechnical risks in infrastructure projects. She is a Past Chair of the New Zealand Geotechnical Society, and a past Vice President of the International Association for Engineering Geology and the Environment. Ann sits on the editorial boards of a number of international journals. She was instrumental in establishing the register of Professional Engineering Geologists (PEngGeol) in New Zealand.

Dr David Whittaker has designed many large commercial buildings in New Zealand, Southeast Asia and the Middle East, and played an active role in projects after the Canterbury and Kaikoura earthquakes. He led the 2009 NZSEE seismic design of storage tanks guideline and the 2018 guideline for design of seismic isolation systems for buildings. David has published numerous papers on seismic isolation and in 2017, organised the World Conference on Seismic Isolation and NZSEE technical conference. He is currently President of the New Zealand Society for Earthquake Engineering. 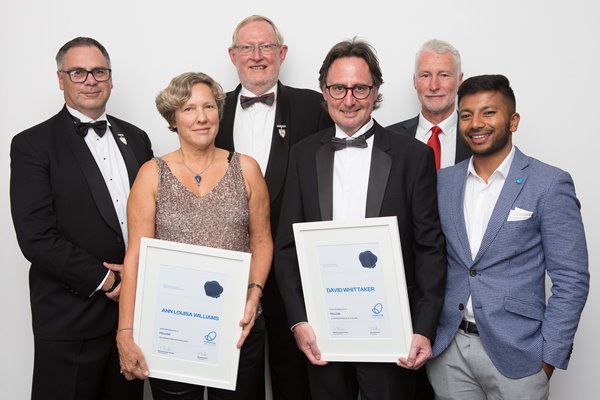