Why adaptability is critical to airport design

Airports are the ultimate optimisers, with designers and operators constantly chasing efficiencies. But in a fast-paced world, where technology, globalisation and climate change are changing customer behaviours, how can airports continue to optimise while preparing for future needs? Beca Principal Francis Tse considers how to build adaptability into today’s designs to avoid costly mistakes tomorrow.

As we’ve seen in the software industry, agile development, with its ability to pivot on a dime, is ideal when you’re designing to meet the needs of a constantly changing, complex world. Many enterprises across multiple sectors are now adopting agile at scale, but it hasn’t really taken off in airport design and construction.

"As previous core functions disappear from traditional terminals, it’s highly likely that many airports will become destinations in their own right" - Francis Tse

It’s pretty difficult to reverse a decision once you’ve poured the concrete. And yet, airports are going to have to figure out how to build adaptability into their future designs for a number of reasons.

Airports of the future will be very different

The airport operating environment is in the cross hairs of several, intersecting mega trends that could change airports as we know them.

As previous core functions disappear from traditional terminals, it’s highly likely that many airports will become destinations in their own right. Airports of the future will increasingly offer experiential shopping and attractions like art installations, gardens, rides, movie theatres, gyms and swimming pools. We’re already seeing this with the likes of Jewel Changi Airport.

If the function of an airport changes, so must its form

If airports are to easily repurpose their terminal space in response to this new reality, our traditional model of effectiveness and efficiency will no longer be sufficient. We also need to build flexibility, adaptability and resilience into airport design. We must allow for a fast, low-cost transition to as many options as possible – including those we can’t anticipate.

It’s true that we can bank on some future trends becoming a reality. As shopping becomes more experiential, brands are highly likely to require permeable, flexible and interactive spaces.

But other eventualities are impossible to predict. For example, given the short planning horizons of airlines – and their potential to pull out of or add routes – we may have less than six months’ notice that passenger numbers are significantly dialling up or down. 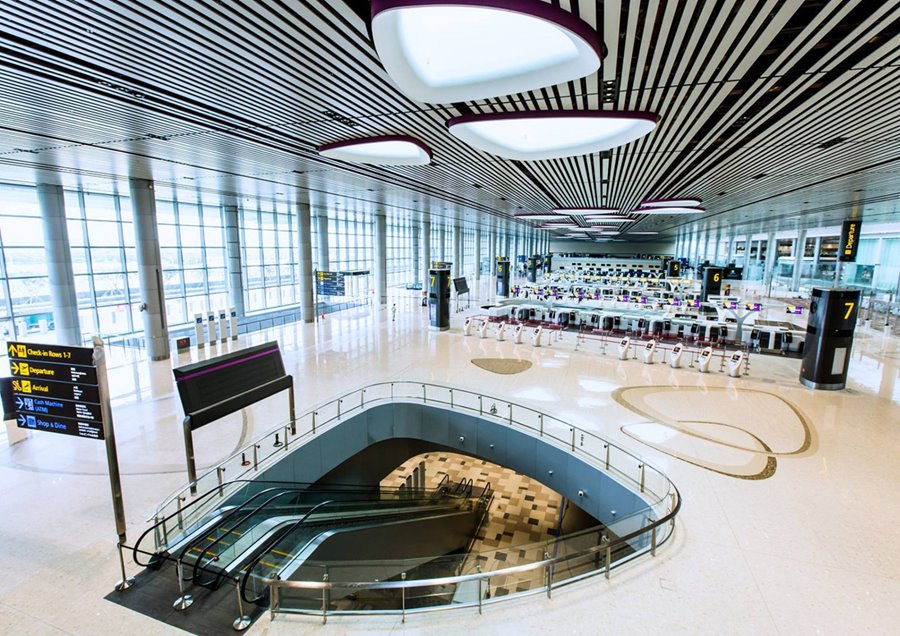 How do we build sufficient adaptability?

We need to think about design in multiple layers.

1. Site – When it comes to terminals, roads and runways, we have to look as far into the future as possible by:

2. Structure – This is where we start building in intrinsic flexibility by:

3. Skin – With an open space and universal utilities, it’s easy to use different types of furniture and false walls to quickly reconfigure interiors to accommodate shifting needs. Changes in seating or standing tables can increase gate lounge capacity. Counters can turn into self-service stations.

In today’s environment, the most efficient system can also be the most fragile. If airports continue to only optimise around efficiency, they will become increasingly vulnerable. Instead, future airport designs need to prioritise adaptability.

If we strike the balance between controlling costs and building in redundancy, our airports will be more robust, agile and sustainable for many decades to come.