Delivering together with Melbourne Airport

After three years and 193,000 hours without a single lost time injury (at June 2017) the final touches to the Melbourne Airport Victor South Taxiway extension project were completed and Taxiway Victor South was opened for aircraft at 3:00pm on Monday 3 July 2017.

The additional 52,000m2 of taxiway to the south of the main terminal provides a critical link to a proposed third runway and an alternative to Taxiway Alpha. The extension allows more aircraft to be on the move at the same time meaning less time spent on the runway and passengers are able to disembark more quickly.

“Melbourne is a great city. As millions more visitors and business people are expected each year, Melbourne Airport is making big changes to keep up, and Beca is proud to be at the coal face helping them to deliver,” Joe said.

Joe said strong team work across the delivery team was fundamental to the successful delivery of the project.

“Clever staging of works and tight-knit collaboration between designers, contractor, Melbourne Airport and Beca – the project managers and superintendent for the project – was the secret to overcoming the biggest challenge of all, keeping the runway and taxiways operational throughout construction,” he said.

The project also involved an extension to Taxiway Yankee, a new Airfield Lighting and Electrical Room, and preparations for a new Rapid Exit Taxiway (RET) designated Hotel, which will ultimately connect from the main runway.

Beca has a long history of working in partnership with Melbourne Airport. Their work was recently recognised by the Australian Airports Association, winning the 2016 Corporate Project of the Year award for Melbourne Airport’s Papa, Uniform and Golf Taxi Lane Slab Replacement Project. 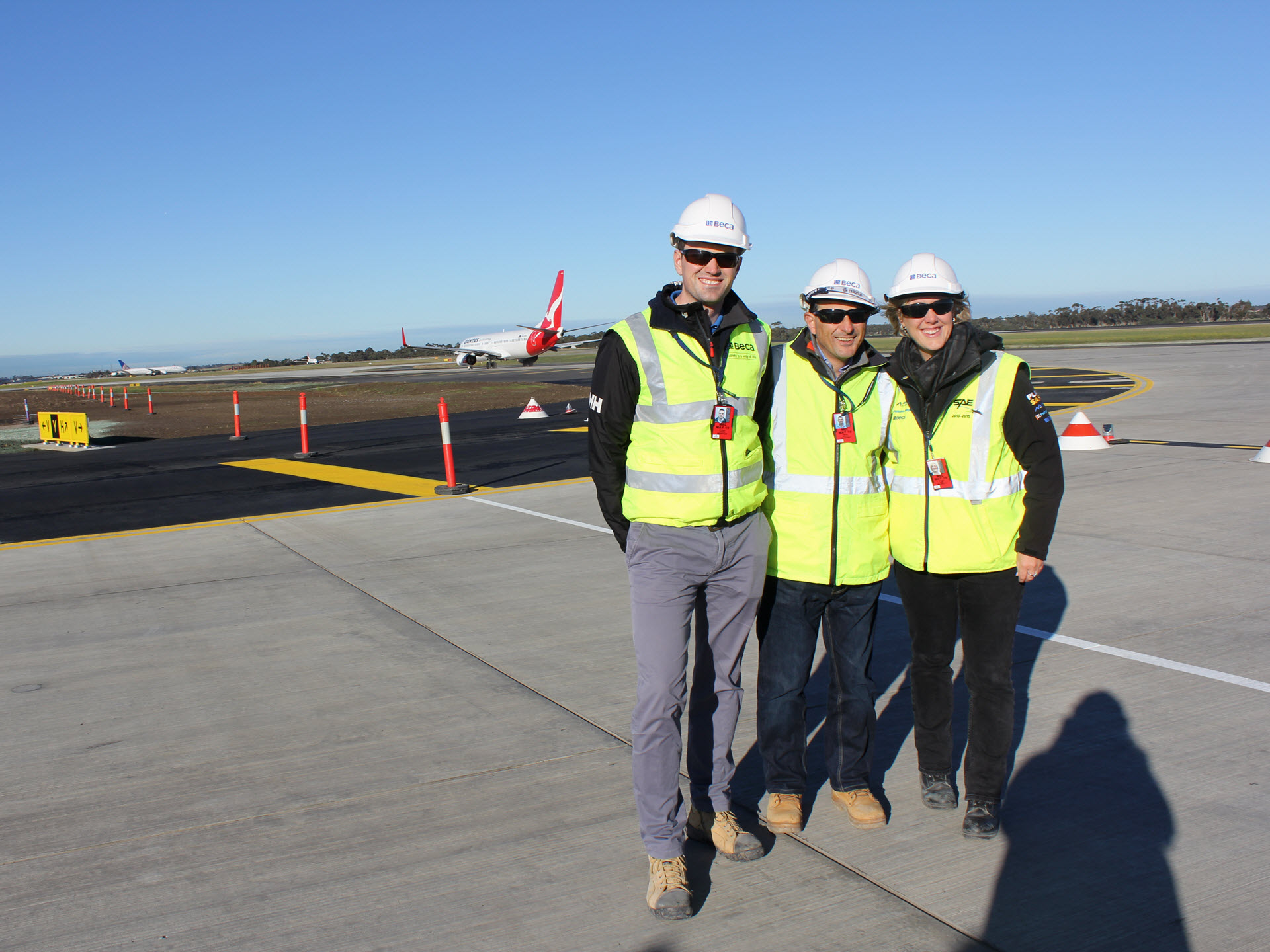