Why a bike‐friendly city is a more liveable city

Before the COVID-19 pandemic struck, cities across Australia and New Zealand were in the midst of an unprecedented population boom. Once our borders open back up - and they will - we can expect this growth to restart in short order, and we should be planning for it now.

So what do we need to think about as we look and plan ahead? Might there be lessons we can learn from the lockdowns we’ve experienced, and our changing behaviours?

What is undeniable is that COVID-19 has had a significant impact on our lives. While the lockdowns have taken different forms in different cities and countries, a common theme has been the massive changes we’ve seen in how local streets and pathways are used. Perhaps, a silver lining to the challenging situation has been that our communities were given a glimpse of how safe our street environments can be when not dictated by vehicles.

People of all ages have dusted off their sneakers, bikes, scooters and skateboards, and rediscovered their local neighbourhoods. Throughout the northern hemisphere summer months, European cities have seen huge growth in cycling and walking as social distancing continues to be a reality. As New Zealand and Australia enter spring, how can we jump on the international modal shift band-wagon?

Late last year Emily Cambridge, Beca Associate - Landscape Architecture, returned from a three-week ‘Planning a Cycling City’ study tour hosted by the University of Amsterdam. Here, Emily shares her views on the strengths of Dutch cycling culture and the potential for other urban spaces and places to be retrofitted to promote greater bike usage, safer streets, and more welcoming environments.

Q1 – How is Amsterdam’s urban environment designed to encourage cycling as a common mode of transport?

The first thing you notice about Amsterdam’s urban environment is the streets are people-oriented. Pedestrians, cyclists and their safety are given priority in the design of the city’s streets, with vehicles coming second. The greater metropolitan region is still ringed by multi-lane freeways, but the focus away from key arterial roads is clearly on people.

Cycling lanes aren’t overregulated and urban spaces are designed with subtle cues to guide good behaviour. This ultimately leads to a greater reliance on common sense. In Australia and New Zealand we tend to put people into autopilot mode through a maze of signs and explicit rules.

Bike paths also feed efficiently into train stations, meaning both modes of transport work together in an integrated manner, not in competition with one another. It’s not uncommon to ride to your nearest train station, take a train to a distant location and complete the ‘last mile’ of your journey on a rental bike (known as the Bike-Train-Bike model). Ample bike parking facilities are also provided at all transport hubs which makes cycling so attractive.

Q2 – What can Australian and New Zealand urban planners learn from the Dutch experience, in terms of encouraging a vibrant cycling culture?

Ultimately, it’s all about creating spaces that enable people to interact on our streets. On many residential Dutch streets you notice narrower carriageways for vehicles which provides more space for people. People can move across the street easily and interact with neighbours. Narrowing secondary streets to slow down vehicle traffic in turn encourages people to wander freely, and children to play without fear of being hit by a car.

On a more behavioural level, we also need to think about how to integrate those subtle cues into urban design to indicate the purpose of a space, instead of relying on often complex signs and regulations. It’s all about emphasising to people that they’re in a shared space where they’ll need to interact with each other and be responsible for their own safety. As witnessed in Amsterdam, these micro interactions with people in these spaces in turn encourages a stronger sense of community and social cohesion.

Q3 – What are some of the policy challenges urban planners and government bodies need to overcome to improve the cycling culture and liveability of our own cities?

Whilst Australian and New Zealand cities are already liveable by global standards (think clean air, ample open spaces and vibrant city centres), we need to get better at planning transport infrastructure with a multi-modal approach in mind. For example, dedicated cycle paths need to connect efficiently with train and bus stations, so it’s possible to travel from your home to the nearest train station, and complete the remainder of your journey on a convenient mode for the ‘last mile’, i.e. bike rental scheme or other mode.

Work could also be done to address liability in cases of an accident happening. In Amsterdam, no matter how an accident occurs, policy suggests the car driver is always in the wrong – which reflects the entire people first (as opposed to vehicle first) philosophy of Dutch urban planning. This proposal will no doubt attract some controversy!

Another point worth mentioning is that cycling infrastructure throughout the Netherlands is funded by the national government, whilst local governments closest to the communities they serve are responsible for their maintenance. However, contrary to perception, the country’s impressive network of cycleways only really gained traction from the 1970s onwards due to a strong social push from the public.

Q4 – What are some of the flow-on benefits of Amsterdam’s cycling network and culture?

Another reason why Amsterdam is such a liveable city is because its current street design allows for multiple opportunities to interact socially – whether that be using body language to indicate to those sharing a cycling lane with you, or having a quick chat as you park your bike on the street. This is greatly encouraged by the prominence of shared spaces – combining bike lanes and footpaths and the narrow nature of streets in central Amsterdam, which naturally leads to greater interaction.

Amsterdam is also dotted with countless corner stores and ‘pocket parks’ (small parks typically created on vacant blocks of land) to encourage rest, recreation or a simple catch up with friends and neighbours. These parks naturally come with spots to park your bike, as well as playgrounds, and sometimes cafes. 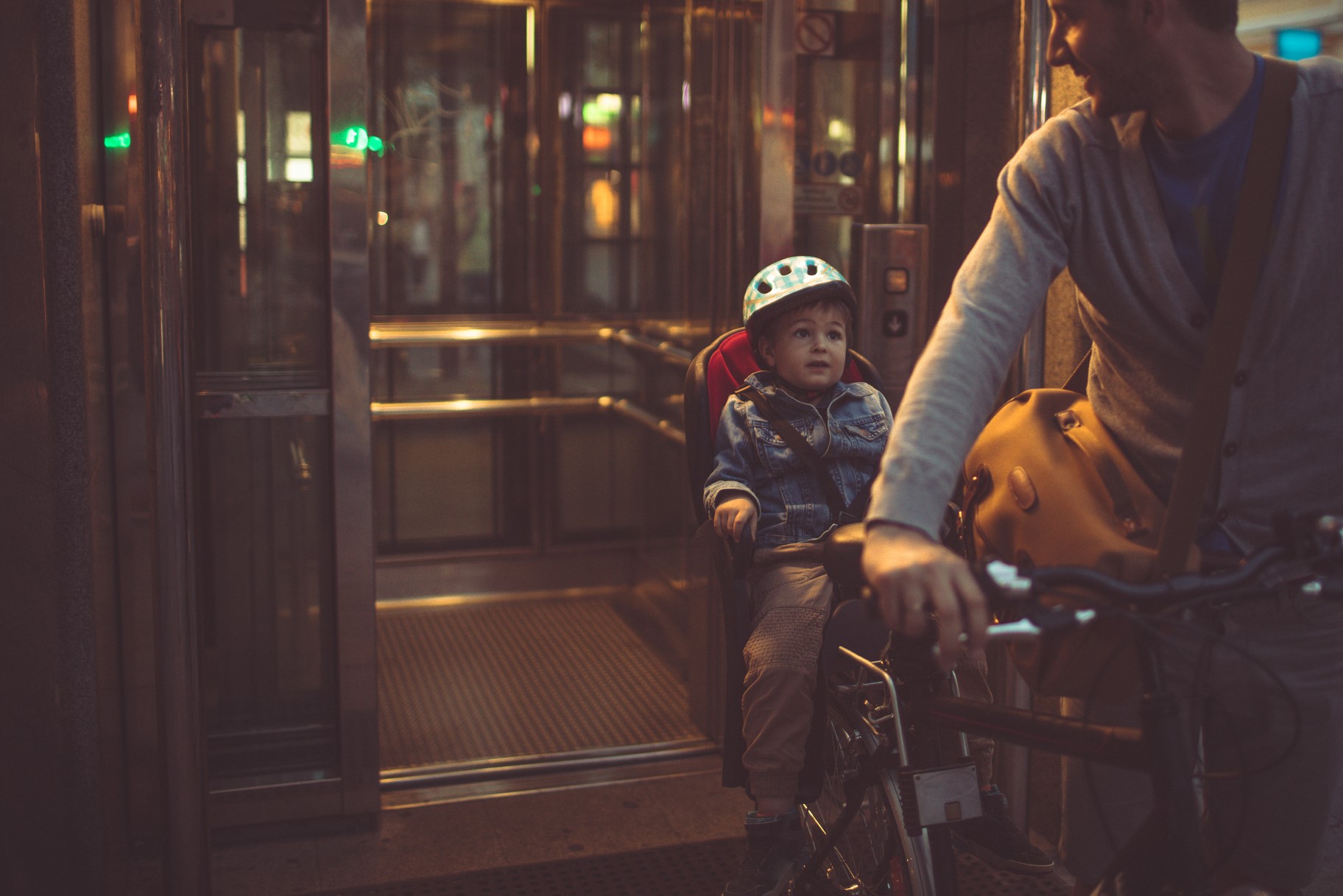 Q5 – What emerging trends and technologies are likely to shape cycling infrastructure over the coming decade?

One of the key trends that will shape the design of cycling infrastructure in the years ahead is micromobility – as witnessed by the increasing presence of scooters and bikes that can be hired on an as-need basis through apps like Neuron Mobility in Australia and New Zealand, or OV-Fiets in the Netherlands. While there have been some safety and regulatory issues raised over the past several months, it’s likely our streets and cycling lanes will need to share space with these light vehicles in addition to traditional bikes and pedestrians.

There is also growing recognition of the importance of ‘last mile journeys’. Trains, buses and trams can move us large distances efficiently and at speed but it’s also important to ‘connect the dots’ between those forms of mass transit and a passenger’s ultimate destination. This is where those micromobility modes (rental bikes and scooters) step in to deliver a more flexible and efficient transport system independent of traditional vehicles to get from A to B.

Australia and New Zealand are blessed with cities that are already great places to live. However, to leverage what we can from the lockdown experience, we should be encouraging more walking and cycling on our urban streets. This would help promote healthy exercise and spontaneous social interaction (from a safe distance), as well as a greater sense of community connection.

Street spaces that prioritise people over vehicles will only make them better. It’s no easy (or quick) feat but we should strive to achieve this by better integrating cycling paths with mass transit stations and ensuring new urban developments are built to human scale. Shifting more commutes from car to bicycle will also play a big role in reducing carbon emissions, saving people money and ultimately creating more resilient communities in the face of a rapidly changing world.

Learn more about Beca’s urban design expertise and ways we can help you transform your urban spaces.

You can also read Emily's Powerpoint presentation on her study tour here.

F&B Sound Bites: Ep 19 - Is CellAg the food equivalent of the smart phone?

The challenge before us: New regulations and stormwater design