At the recent Spotlight on Auckland’s Infrastructure session held at the University of Auckland last month, a panel of influential leaders from multiple sectors talked about some of the opportunities and challenges facing Auckland as the city continues to grow.

Here, Professor Nic Smith, Dean of Engineering at the University of Auckland, and Brent Meekan, Beca Business Director - Civil Infrastructure and also President of the Auckland University Engineering Association, review some of the key themes of that panel session.

Q: What kind of growth is Auckland looking at in the coming decades?

Professor Nic Smith: “One figure really stood out for me: COO of Auckland Council Dean Kimpton said that 1,000 new people come to Auckland to live every week. I think that’s a fair assessment of the type of significant rise in population we’ll see all the way through to 2041. Our panel emphasised that this level of population growth contributes massively to the complexity of understanding how people want to live, engage and contribute to the city in which they live.”

Brent Meekan: “It’s clear that Auckland is bursting at the seams, as our population growth is exceeding the capacity of infrastructure to cope. Over the next decade we’ll need to continue finding new housing solutions, such as the rollout of housing densification and developing utilities infrastructure and transport options in a steady but connected way. This growth is also putting pressure on Auckland’s industrial areas, particularly those in our inner-city areas. I believe we’ll start seeing modest growth, or a change in use, of existing industrial areas.”

Q: What are going to be the major factors in successfully supporting growth in Auckland?

Professor Smith: “I think the infrastructure to support such rapid growth clearly has to respond to the various specific needs within our population. It’s important to understand where we are now, where we want to go, and to look at all the options. I thought Raveen Jaduram’s (CEO, Watercare) suggestion that we need to replace the conventional long lead times of large infrastructure projects with more flexible approaches is worth particular consideration by all parties who can influence these outcomes.

Of course, academia has a role to play here – as Professor Jason Ingham said, we have a responsibility to anticipate changes and look at how the curriculum can evolve to effectively prepare the next generations of engineers, designers, planners, financiers and politicians.”

Brent: “There are four major factors that will contribute to the sustained and effective growth of Auckland: joined up thinking and planning, funding, physical and human resources, and community engagement.

Joined up thinking will be critical – this involves effective collaboration between various authorities, Council, council entities and utility suppliers to ensure we are delivering connected, long-term solutions. The same applies for our transport infrastructure – smarter connections designed for the long term will ensure we are future proofing our city for long term growth.

This however costs money and traditional methods for funding projects are just not working anymore. It is great to see New Zealand looking at new ways to address this challenge, such as public-private partnerships and other models.

The same goes for the human and physical resources to bring all of this to life. Business, educational institutions and government need to remain connected to ensure there is a steady supply of physical resources and labour throughout the build process, and afterwards, to implement and run services. There is no point delivering more buses, for example, if we don’t have the people to operate them!

Finally, community engagement will be vital. Delivering transport and infrastructure is disruptive, so bringing the community on the journey is critical to building understanding and acceptance. We need to maintain our ‘social licence’ to build and operate public infrastructure.” 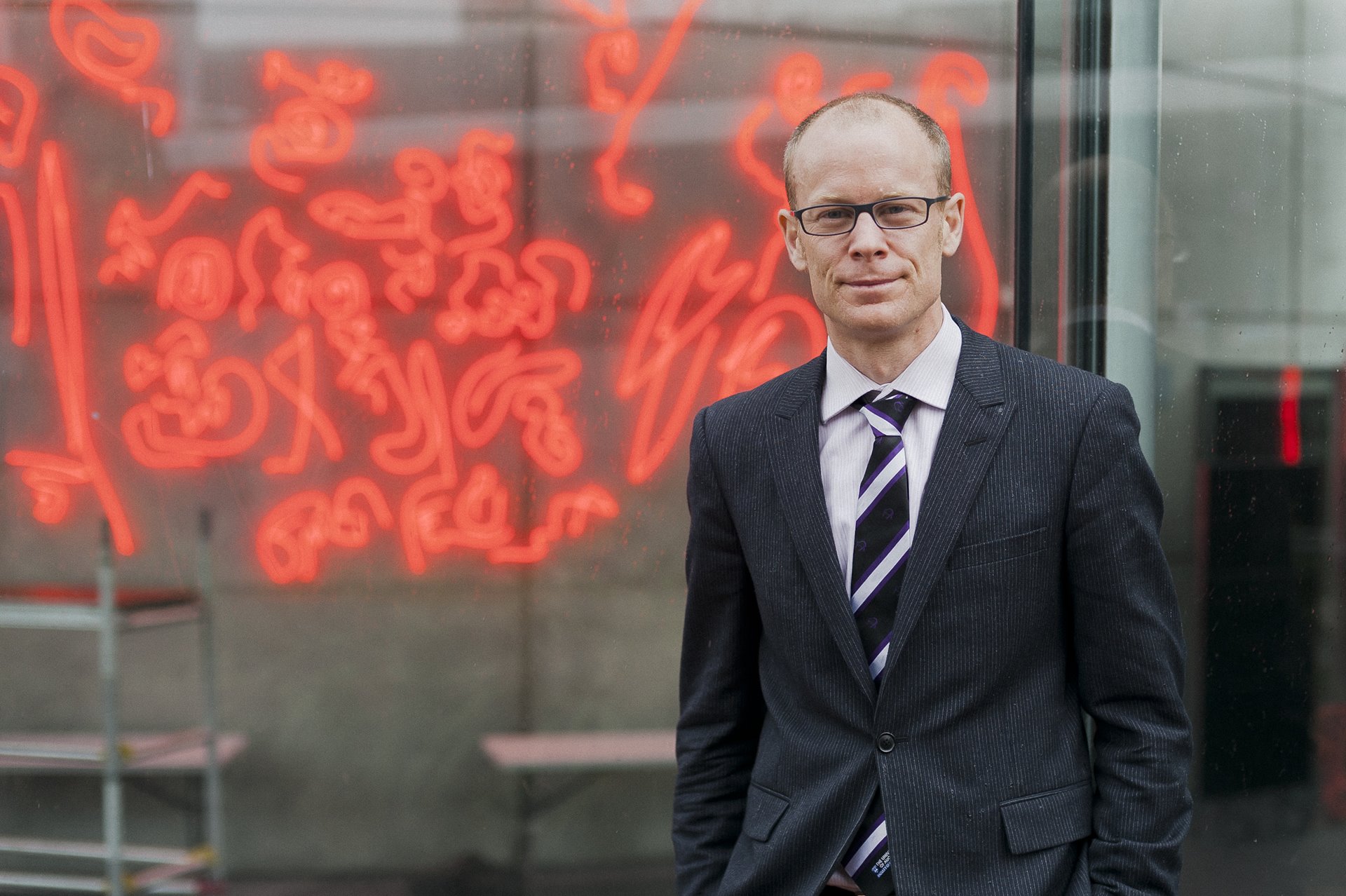 Q: What are the main benefits of industry, academia and the public sector working together?

Brent: “Joined up thinking is more effective and efficient. It means you’re not duplicating efforts or leaving gaps in your planning. Together, we can decide on service levels and needs and work together towards delivering them. The public sector can play its role around approving, allowing and facilitating growth according to the rules and needs. And industry can then see and plan for the stream of work.

Obviously, priorities will change from time to time – and that’s what we’re seeing at the moment with the change in government. But the sector is pretty resilient in my experience and will adapt accordingly. It is just the scale and timing of change that needs to be carefully managed. We can see in Australia, for example, the impact of trying to deliver too many projects all at once – industry is struggling to cope with the demand and provide adequate resources to meet it.”

Professor Smith: “The benefits are multiple! When you chart the journey of where we are today to where we want to go, while continuing to offer infrastructure services for everyone along that path, it is going to require the culminative efforts of industry pull, supporting Government policy and regulation, and academic research.

In my opinion, the three factors above are hugely influential to our abilities to determine our path towards success, and to also buffer the uncertainties introduced by issues such as population growth, climate change and new technological challenges.”

Q: What role does technology plays in addressing the challenges of urban growth?

Brent: “Technology can play a significant role in improving operations – be it traffic operations, transport choices, or even the way our highways operate, including the use of more intelligent transport systems. Providing our community with smarter ways to meter and manage power and water can also help us all better manage the peaks and troughs of demand. We also need to ensure that the most vulnerable of our society have equal access to the benefits of technology.

Professor Smith: “The panel discussed the need to embrace technology, the impact of climate change and the growing importance of the concept of a smart city.

Technology is both the solution and the challenge, and the way in which it is deployed will define which of these categories it falls into. Technology in general has the opportunity to address many of these issues, but it also has the ability to create them. This is why the three-way leadership with Government, industry and academia is going to be important." 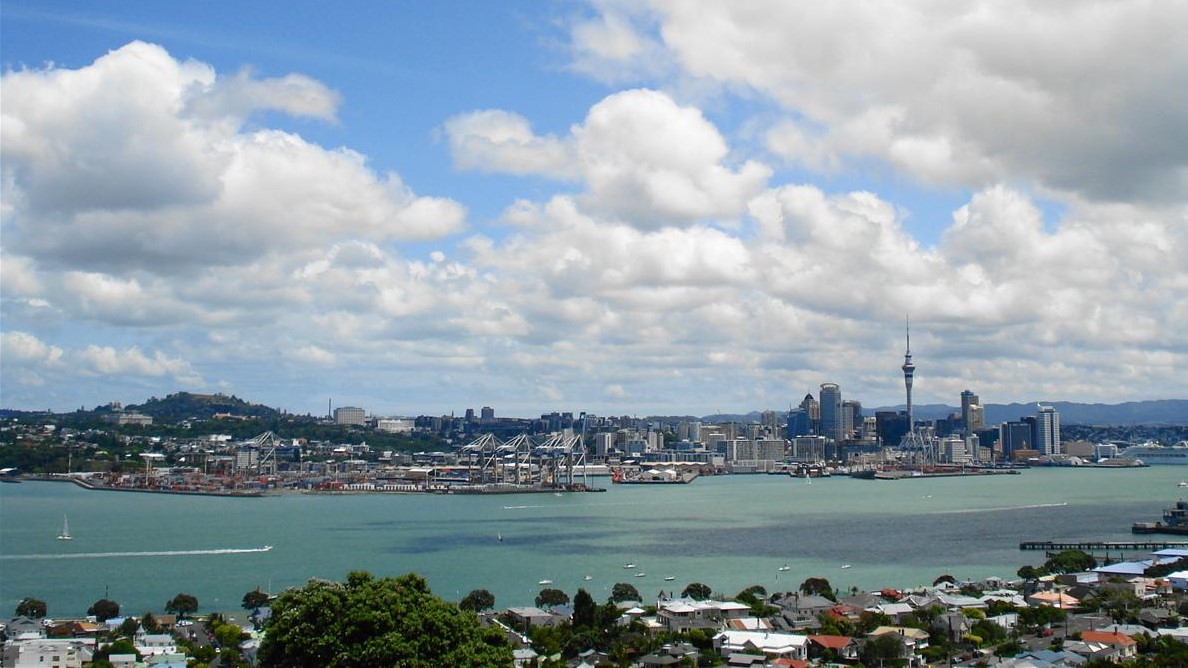 Q: In your opinion, are there other cities that are addressing growth challenges well?

Brent: “Cities around the world all seem to be dealing with some level of challenge due to rapid growth, but some are managing aspects of this better than others. For example, London has dealt very well with road traffic volume in the inner city, but beyond this, traffic remains an issue.

On the other hand, major cities like Singapore, Berlin or Copenhagen even have managed public transport very well through promising and providing reliable, connected, and consistent service. It seems that population density can play a large role in achieving success in public transport.

However, in saying that, cities like Brisbane, Australia really planned ahead with the installation of public busways and rail upgrades in advance of existing public need. We’ve seen this work well on our own turf too – the North Shore busway for example, which was criticised for over catering at the time, but now is a main arterial public transport route for our city.

So, if we can learn anything from other cities it is to be pre-emptive for need. Create a road network wider than what is needed in the next 5 years, or transport options ahead of genuine need. The more farsighted we can be, the more prepared we will be for growth.”

Professor Smith: “Many cities have different versions of the pressures that we are experiencing in Auckland, and while none of them are exactly the same, we can still learn a lot from them.

Vancouver, a city on the Pacific Rim, has experienced a huge housing boom and is relatively multi-cultural society, is an obvious analogue. Sydney is a similar example we can learn a lot from. We however also need to be aware of, and hold on to, the factors that make us unique – the decisions we make should be approached within the appropriate context in mind. There’s a relatively famous example of a hospital in Cairns that has snow shields on its windows as it was built using the designs of a hospital in Calgary, Canada!”

Reflections on 10 years since the Christchurch Earthquake

Auckland's everyday, for us, it's personal

Cities, places, access and spaces, designed and planned by people who live, work and play here.
Find out more