The award aims to recognise, celebrate and encourage young consulting engineers working in Singapore who have made a substantial contribution to engineering and have demonstrated exceptional design and technical expertise. The award was presented at the ACES 47th Anniversary Gala Dinner, held in late March.

This is the fifth consecutive year that a young engineer from Beca has won the award. Previous recipients were Charlotte Mok in 2017, Edi Hartono in 2016, Galvin Chua in 2015 and Ho Cher Ri in 2014.

Chung Seng has been with Beca since 2012. His submission featured four different projects, sharing the unique challenges he faced, and how his role contributed to the project's success.

“I am honoured to showcase how the project teams approached the challenges of these prestigious projects and my contribution as a consultant in providing solutions for the project," said Chung Seng. "Receiving this award has further motivated me to bring about positive impact to the public-at-large.”

Chung Seng was also recognised for his significant contribution to the profession and wider community. The judges noted his contribution to the shared collective knowledge at Beca, mentoring his juniors, and his input into forming frameworks for the Building Construction Authority.

Congratulations to Chung Seng on this outstanding achievement.  For more information about the awards, please visit the ACES website. 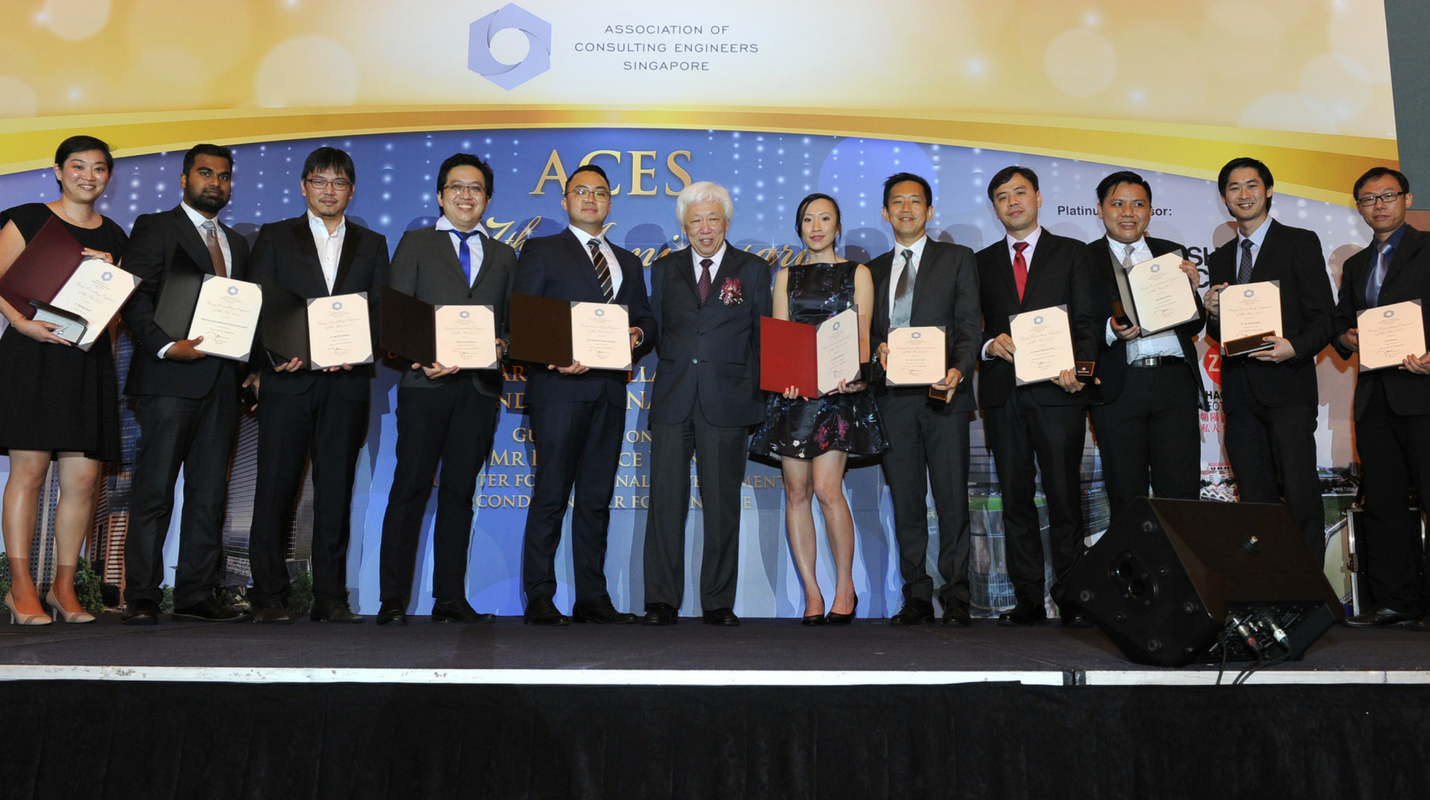 The awardees with the Guest-of-Honour, the Minister for National Development, Mr Lawrence Wong (fifth from left)