Iain said he was humbled to receive such a significant award and national recognition, adding “Thank you to Beca for allowing me to sculpt my own project management career and to Emerson's for entrusting me with the EPCM delivery of their recent greenfield brewery and tap room.”

Henry Marchant was delighted to win the Ara Institute of Canterbury Emerging Project Manager. This award recognises rising talent – individuals who, despite being in the early stages of their project management careers, are already demonstrating that they can make a difference to the project management profession and the companies, organisations and clients for whom they work.

Both Beca winners were recognised for their project work on breweries, with Henry recognised for his work on a greenfield Heineken brewery project in Timor Leste. In an unfamiliar culture and working conditions, Henry applied sound project management principals and provided excellent client service in ensuring that the civil construction was completed to the time, cost and quality standards required.

He says he’s honoured to win the award. “It’s a great feeling to be recognised for my work by the Project Management Institute. The win is also a credit to the support I’ve had from Beca, and the opportunity to work overseas on this project.”

Iain Fraser, PMI Fellow and one of the judges said, “The exceptional standard of both entrants and winners stands testament to the increasingly important role that project, programme and portfolio management plays in business in New Zealand. The winners demonstrated excellence in delivering results through strong leadership, strong use of methodology, and a strong growth mind-set that learns from mistakes.” 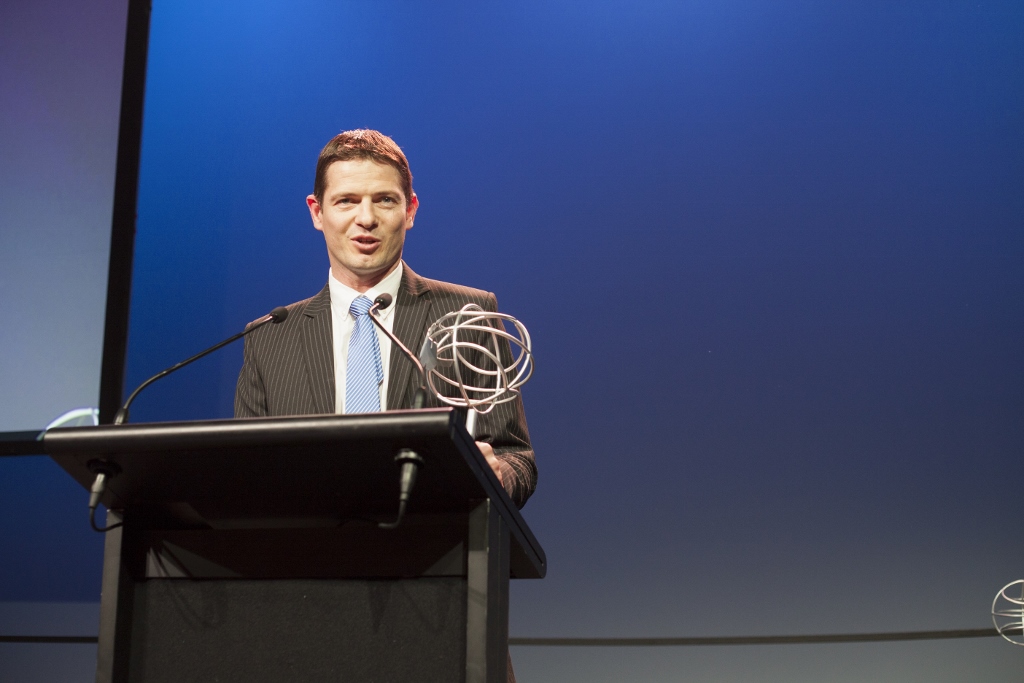 Henry Marchant with his award.