The Mackays to Peka Peka Expressway Alliance continues to dominate the awards scene, with the Australasia International Association for Public Participation (IAP2) 2017 Core Values Infrastructure Project Award the latest win for Beca and its Alliance Partners in Melbourne last week. The trans-Tasman award celebrates the innovative approach taken towards community engagement and consultation.

Recognising outstanding projects and organisations that are at the forefront of public participation and community engagement, the win is testament to the innovative methodology used by the Alliance to connect with a divided and resistant community.

“Plans for the Expressway initially created a lot of community resistance. Some resistance is normal for significant infrastructure projects, however this was further exacerbated by a long project history. What was initially expected to be a two lane local road was now a four lane expressway," says Michael Kerr, Wellington Regional Manager at Beca and Alliance Board Member. “The NZ Transport Agency chose to deliver the project with the IAP2 core value of collaboration embodied in its structure right from the beginning.”

“A dedicated Community Liaison team, which implemented a large range of innovative engagement methods over four years, helped turn protest into interest, intrigue and active participation in the project by the community. When the Expressway opened in February 2017, there was a clear sense of excitement in the community and a feeling it had a road to be proud of.”

The award was presented to the Alliance, made up of the NZ Transport Agency, Fletcher Construction, Beca, Higgins, and supported by Goodmans Contractors, Boffa Miskell and a number of other smaller partners, during the Core Values Awards Gala Dinner.

This is the eighth award win for the project, which you can read more about here. 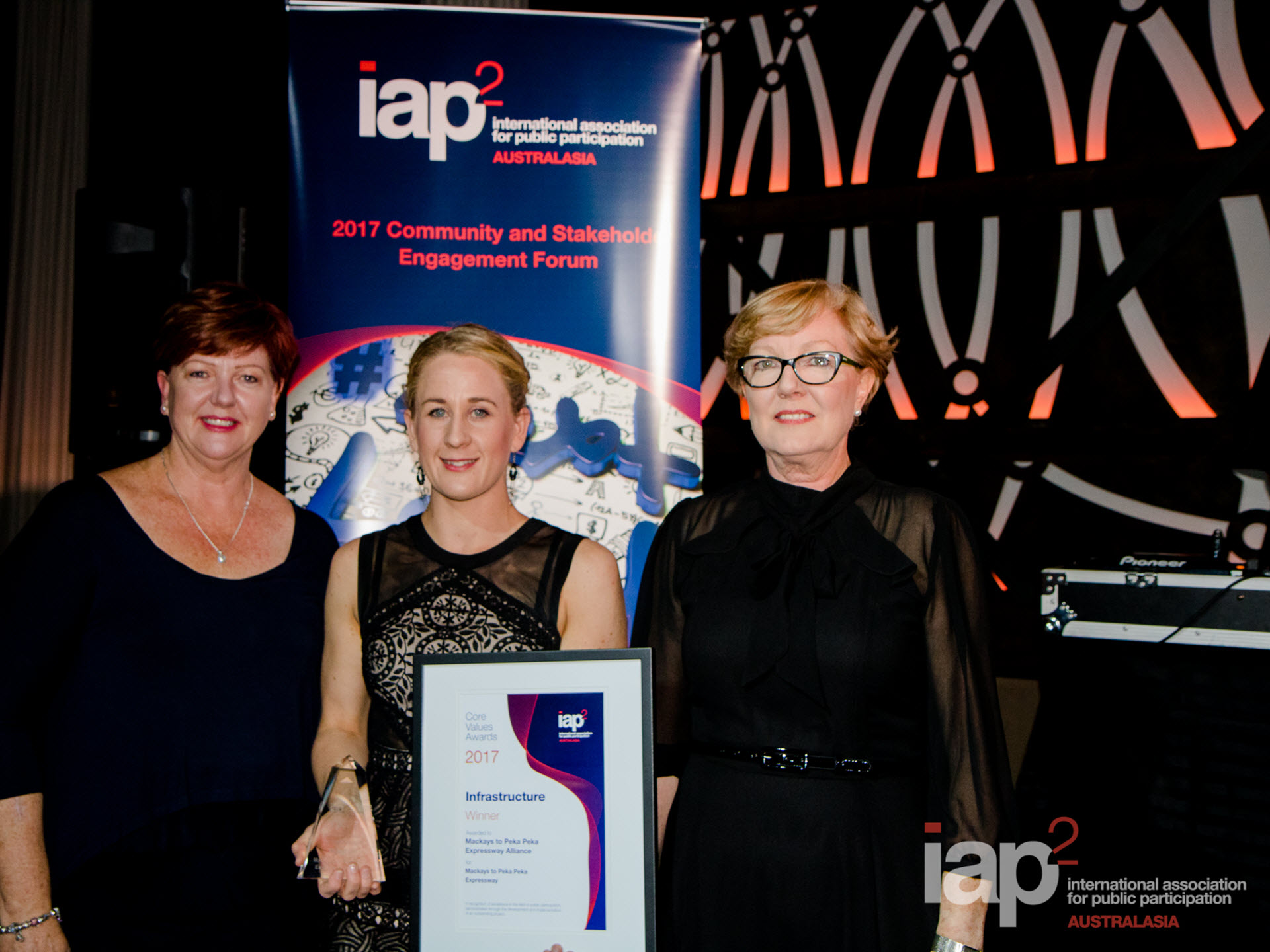