For over 25 years the scholarships have been awarded to undergraduate Bachelor of Engineering (Honours) students with outstanding academic and personal achievements, who also demonstrate the potential to become future leaders in engineering.

Congratulations to the following 2017 Beca Engineering in Society Scholarship recipients:

Evie Wallace, a Third Professional Year chemical and process engineering student was also recognised with the Phil Gillon Memorial Scholarship. Worth $5,000, the scholarship commemorates Phil Gillon - a leader in Beca’s regional team who was passionate about developing young engineering graduates.

Craig Price, Beca South Island Regional Manager and former University of Canterbury graduate, was proud to present the scholarships to this year’s recipients. He said, “Applicants are evaluated against a number of criteria including their academic achievements, communication skills, contributions to the University and community, as well as their potential to be great leaders.”

“This year’s recipients’ academic and personal achievements are outstanding. Combined with their ambitious visions and goals, they are destined to make a positive impact on the engineering profession as well as the sustainability of the world we live in today. ” 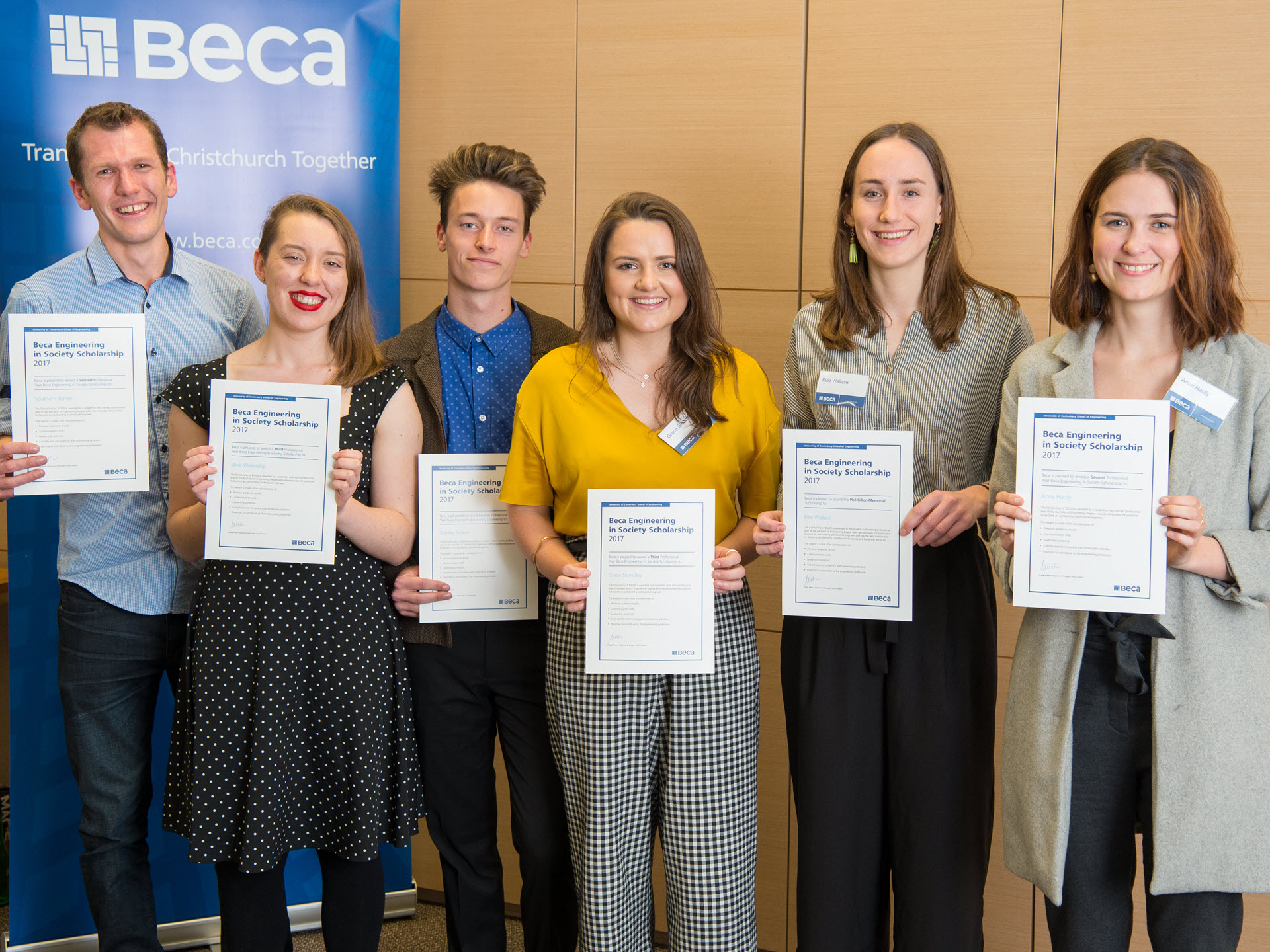